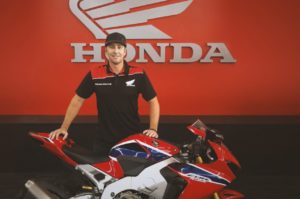 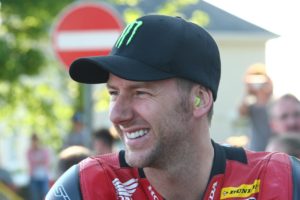 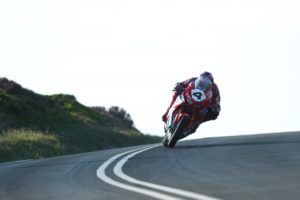 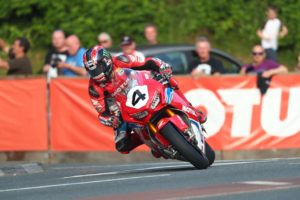 The Honda Racing team is signing off after a positive Isle of Man TT campaign; although the results do not reflect the performance of the riders Ian Hutchinson and Lee Johnston, the squad is leaving this year’s event pleased with progress and on-going development of the Honda CBR1000RR Fireblade SP2.

Hutchinson continued to impress as he made his return to the TT after breaking his leg in an accident last year. With inspirational drive and determination the ‘Bingley Bullet’ completed a total of 39 laps aboard the CBR during practice and race week, just one month after having his external frame removed.

‘Hutchy’ improved his lap times and feeling aboard the Fireblade during each session and although he didn’t finish the Senior TT, feeling he wasn’t able to complete the full race distance after the second pit stop, the Honda team are proud of his efforts this week and know it’s only a matter of time before he’s back to full speed.

Meanwhile teammate Johnston went into today’s Senior TT confident after a six-place finish in Saturday’s opening Superbike race aboard the Fireblade. With glorious conditions once again around the 37.73-mile Mountain circuit, ‘The General’ had made his way into the top-ten. However at the end of the second lap he retired with a technical issue.

With the data and information collected from the TT, the team will now start looking towards the Ulster GP, which takes place 5-11 August.

Honda Racing, along with riders Ian Hutchinson and Lee Johnston, are getting ready to head to The International North West 200 next week (15-19 May), as they kick off their road racing campaign aboard the Honda CBR1000RR Fireblade SP2.

With some uncertainty over Hutchinson and if he would be able to race, following an accident at last year’s Isle of Man TT where he broke his left leg, the ‘Bingley Bullet’ was back on two wheels with the Honda team last Friday (4 May), after having his external frame removed and being passed fit to race by the ACU.

Looking comfortable on the Fireblade and completing over 78 laps of Mallory Park, Hutchy and the team returned over the Bank Holiday weekend to take part in the East Midlands Racing Association club meeting, in order to obtain race signatures for his TT course licence. With the aim to race in Northern Ireland next week, Hutchy will be checked over by the NW200 medical team before heading out on the 8.970-mile circuit for first practice.

Meanwhile teammate Johnston has enjoyed an extensive testing programme with the team and the CBR ahead of his racing debut with the squad. Feeling confident with the Fireblade package for the roads, ‘The General’ is looking forward to getting to ‘The Triangle’ for one of the fastest road races in the world.

The 2018 campaign started in earnest last week for the Honda Racing roads team as they embarked on their first pre-season test at Monteblanco in Spain, with its new rider line-up of Ian Hutchinson and Lee Johnston. Although not riding at the test, as he still continues his recovery, ‘Hutchy’ was present for all three days and worked with the team as Johnston got to grips with the Fireblade SP2.

Plagued with intermittent weather over the three days, track time was limited and it wasn’t until the final day (Wednesday 7 March) that the team and Johnston were able to get their teeth stuck into the testing programme. With Hutchy not able to ride his machine, it was over to ‘The General’ who tested both his and Hutchy’s Honda CBR1000RR Fireblade SP2s back-to-back, as well as Johnston aboard the Honda Superstock machine. Although not riding, Hutchy was able to work with the team with feedback from Johnston on the set-up of his right-hand gear shifter.

Johnston has history already with the SP2, as in 2017 he was a reserve 24 Heures Motos rider for the Honda Endurance Racing team, but with three riders to cater for the machine set up is very different to his Fireblade for the road racing season. Working on the set-up of the bike and making it feel like his own, the team and Johnston finished the test positive with over 100 laps of the 2.76-mile circuit completed. With lap times a second quicker than previous tests at the circuit, the team are ready to continue its testing programme later this month back on UK soil at Castle Combe.