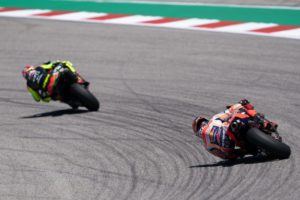 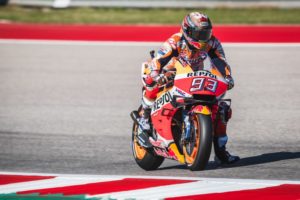 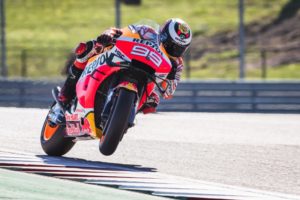 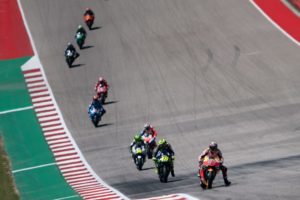 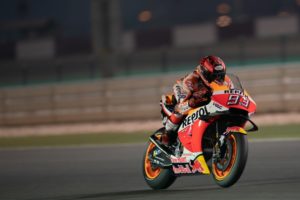 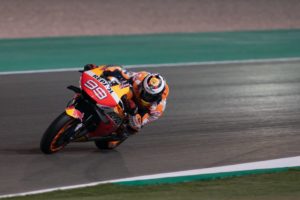 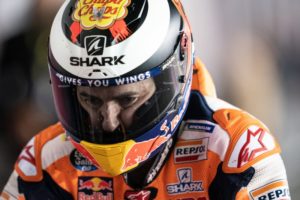 Marc Marquez and Jorge Lorenzo sit aboard the Honda RC213V machine in full 2019 livery for the first time. 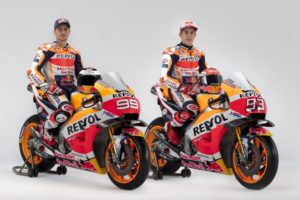 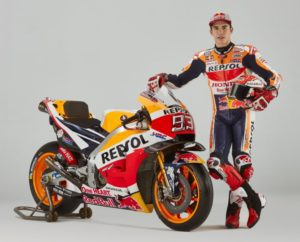 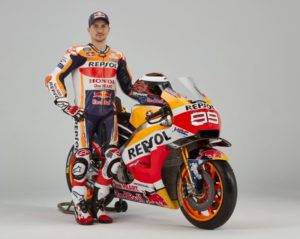 Having debuted the 2019 Repsol Honda Team livery at the launch in Madrid back in late January, the Spanish duo entered the photographer’s studio to preview the colours they’ll be racing this season. 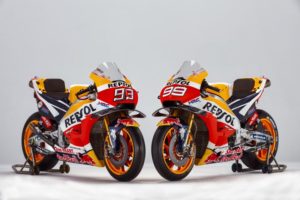 The pair will soon head to Qatar for the final pre-season test, February 23 – 25, before the season begins at the same venue on March 10.

Making the announcement at their annual end-of-season thanks day at Motegi, Pedrosa also got the chance to take to the track on his championship-winning 250cc machine, lapping the circuit owned by Honda on the two-stroke machine.

The Gran Premio de la Comunitat Valenciana will be an emotional event for Dani Pedrosa, his numerous fans around the world, and paddock friends in the MotoGP community. The three-time World Champion announced his retirement from racing at the German GP earlier this year, after 18 seasons in Grand Prix racing as a Honda rider.

One of the most successful riders of all time, (eighth on the All Time Wins list), Dani will be inducted into the MotoGP Legends Hall of Fame on Thursday in Valencia.

Meanwhile, Marc Marquez paid a visit last Tuesday to the Honda stand at the EICMA Show in Milan, Italy, then headed home to Spain to celebrate his seventh World Title with a great party in his hometown of Cervera.

Next Sunday, the squad will try to seal the Team Championship and thereby clinch the MotoGP Triple Crown, having already achieved the Riders Title in Japan and the Constructors Title in Malaysia.

From seventh on the grid to the 70th win in his career: In Malaysia, Marc Marquez took his ninth win this season and his 44th in MotoGP, earning Honda its 24th Premier Class Constructors Title. Furthermore, thanks to today’s win of newly crowned Moto3 World Champion Jorge Martin, Honda has achieved also the Moto3 Constructor Title bringing its tally to 69 over all classes, a record in the Championship’s history.

Such were the numbers, but today’s competition was also another master class race for the 2018 MotoGP World Champion, who recovered from the third row of the grid to second place within five laps of the start before beginning a long chase of erstwhile leader Valentino Rossi. Marc was preparing for what seemed certain would be a battle for the victory when the Italian slipped off four laps from the end.

On the other side of the garage, Dani Pedrosa matched his best result of this season, taking fifth place after displaying a strong pace during the race.

Now the Repsol Honda Team will pack up and fly back to Europe, where Marc will pay a visit to the Honda stand at the EICMA motorcycle show in Milan, Italy, on Tuesday before heading home to Spain.

It was another master-class race for Championship leader Marc Marquez, who took the first MotoGP win ever in Thailand in front of a cheering, enthusiast crowd of more than 100.000 spectators. Marc’s seventh victory of the season is also the 68th of his career, putting him equal with Jorge Lorenzo as the fifth-most winning rider across all classes. It was a hat-track weekend for the Spaniard, who earned pole position, set the lap record and earned the victory.

Marc’s win came down to the last corner of the last lap, thanks to a thrilling battle with title contender Andrea Dovizioso. The points scenario makes the next round, the Grand Prix of Japan, the first match point for the MotoGP Title.

On the other side of the garage, a crash at turn five on lap 18 was a true shame for Dani Pedrosa, as it ended what until then had been his best race of the season; Pedrosa was charging forward from the back, with hopes of launching himself into the podium battle.

Good news for GP fans, the provisional Moto GP 2019 calendar has been released.

MotoGP have not yet released tickets, but promise us they’ll be along soon. You can head over to their website to subscribe, then you’ll be in the know when they do get released!

What race will you be booking tickets for? We can’t wait to see Lorenzo take the seat for HRC Honda next season! Bring it on 😉

Dani Pedrosa, of the Repsol Honda Team, has announced his retirement at the end of the 2018 season. At 4pm on Thursday 12/7/2018 at the German GP, the three-time World Champion ended speculation about his future and made the decision public, bringing his successful 18-year career to an end.

One of the most successful riders of all time, Pedrosa has the third most podiums, 54 wins and three World Championships to date before he prepares to hang up his leathers.

“Next year I won’t compete in the Championship, I’ll finish my career in MotoGP this season. It’s a decision I’ve thought about for a long time and it’s a hard decision because this is the sport I love but despite having good opportunities to keep racing, I feel like I don’t live racing with the same intensity as before and I now have different priorities in my life.”

“I would like to express how fortunate I feel to have had this experience and these opportunities in my life, it’s been an amazing life to have been racing for such an important team and in front of all the fans. I achieved way more than I expected and I’m very, very proud of what I’ve done in the sport. I’ve fulfilled my dream of becoming a racer and that’s something that I didn’t expect when I was a kid watching TV, watching riders in the World Championship. I would like to take this time to say thanks to Dorna and to Honda for giving me this opportunity way back in 1999, and to all my sponsors who’ve been with me throughout my career. I would like also to say thanks to my family, and to all the fans who supported me throughout my career and through the thick and thin, who helped me sending so many messages to overcome difficult things in the past.”

As we previously reported, Dani Pedrosa will be replaced by Jorge Lorenzo for 2019.

For now we’ve got the German GP to keep us entertained. The action kicks off at Sachsenring this weekend.

It’s been a busy 24 hours for the HRC team in the Moto GP.

Yesterday, June 5th, Dani Pedrosa and HRC announced that they will be parting ways at the end of the 2018 Moto GP season. Pedrosa has ridden for HRC for 18 years and the ending agreement was mutual.

Although their paths will diverge, HRC and Dani Pedrosa have enjoyed a successful relationship: since 2006, when the Spaniard joined the Repsol Honda Team, he has earned 31 victories and was runner-up in the MotoGP Championship on three occasions.

This departure left a opening for a new teammate for No.93 Marz Marquez. Today 6th June 2018 HRC announced the signing of Jorge Lorenzo, the three-times MotoGP World Champion. Lorenzo will join the Repsol Honda Team for the 2019 and 2020 season.

HRC are confident that bringing two great champions with great talent together will make a stronger team and contribute to the development of HRC.