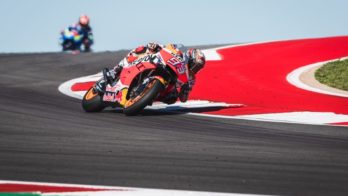 Both Marc Marquez and Jorge Lorenzo leave the Americas GP pointless after a double DNF while fighting at the front. A chilly, but dry, morning Warm Up session soon gave way to 39ºC track temperature as the MotoGP World Championship lined up for the 20-lap race. Leaving his braking late, pole-setter Marc Marquez led into and through Turn 1, steadily building his lead each lap. An error into Turn 12 on Lap 9 caused Marquez to lose the front of his RC213V, unable to restart his machine he was… 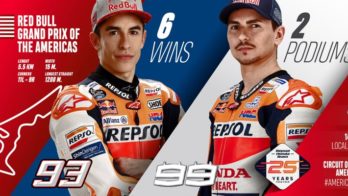 Marc Marquez returns to happy hunting grounds in Texas as Jorge Lorenzo prepares to turn his bad luck around. Introduced in to the MotoGP World Championship calendar in 2013, the Circuit of the Americas offers an interesting mix of tight and technical turns in the first sector and the two high-speed straights split by the tight turn 11. This mix results in a bike setup unique to the American track. Since the Argentina GP, Marc Marquez has enjoyed time in Brazil with Estrella Galicia 0,0 as well… 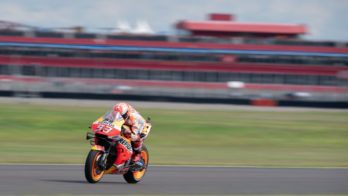 A 9.8 second victory for the untouchable Marc Marquez in Argentina as Jorge Lorenzo gains more points and crucial bike time.   Overnight rain in Termas de Rio Hondo on Saturday didn’t deter the MotoGP field during morning Warm Up, both Repsol Honda Team riders running consistently in the top ten. Marc Marquez again finished on top, Jorge Lorenzo within a second and in 11th after the 20-minute session. Forecasts were all proven wrong as the 25-lap Argentina Grand Prix ran without even a… 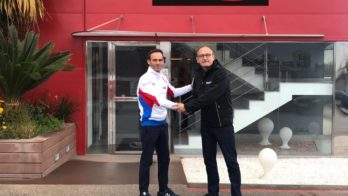 Both Repsol Honda Team RC213Vs will continue to feature Puig Hi-Tech Parts on their windscreens. First appearing on the windscreens of HRC’s factory MotoGP World Championship team in 2016, Puig Hi-Tech Parts and HRC are pleased to announce a two-year extension to their current fruitful collaboration. Having worked together since 2016, Puig and the Repsol Honda Team have taken three MotoGP World Championship titles, including two Triple Crowns in 2016 and 2018, together. Based in Barcelona,… 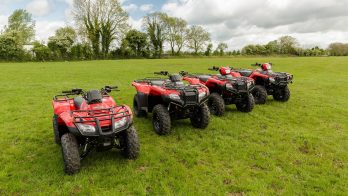 Due to popular demand we have extended our Annual Spring Sale on our Honda Quad range! We’re offering up to €2000 off our 500cc ATV’s and €1000 off our TRX420FE. Get the exact breakdown here: Not only that but we’ve got 0% finance available on selected models within the range too To secure this offer call your local Honda Authorised ATV dealership now, you can find your local dealer below, and get directions to them here *Finance for business purposes only. Subject to credit approval… 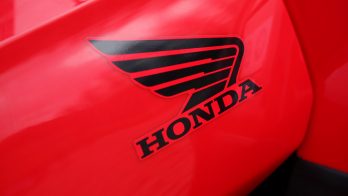 Our annual ATV Spring Savings are here! To celebrate we’re offering up to €2000 off our 500cc ATV’s and €1000 off our TRX420FE. Not only that but we’ve got 0% finance available on selected models within the range too It’s everything you need to get the best ATV on the market this Spring. To secure this offer call your local Honda Authorised ATV dealership now, you can find your local dealer below, and get directions to them here *Finance for business purposes only. Subject to credit… 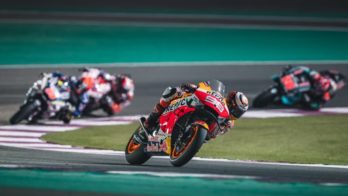 Marquez lit up the Qatar night with second place after a race-long brawl as Lorenzo worked his way up to 13th place. With Warm Up held in the late afternoon and still under the daylight, it only offered the Repsol Honda Team a brief chance to confirm their settings ahead of 2019’s opening Grand Prix. As the sun set and the floodlights flickered to life the ambient temperature settled at 18ºC with the track at 19ºC. Marc Marquez held his own in the opening laps, keeping out of trouble and… 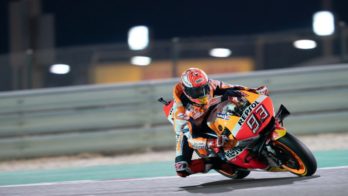 Marc Marquez overcame cold conditions in Qatar to secure a spot on the front row as Jorge Lorenzo battles through the pain barrier for 15th. Free Practice 3 did not get off to an ideal start for the Repsol Honda Team as Jorge Lorenzo crashed heavily at Turn 6, shortly followed by Marc Marquez who lost the front at Turn 14. Both fortunately avoided any serious injuries, Marquez returning to the wind-hit track to lead the session with a 1’54.677. After a medical check, Jorge Lorenzo was deemed… 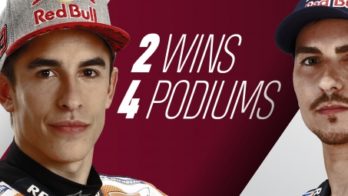 2019 marks 25 years of collaboration between HRC and Repsol as the iconic squad prepares for another year of competition with two champion riders. 112 days after the Valencia GP, the MotoGP™ World Championship is set to roar back to life under the unique Qatar floodlights. 2019 sees the Repsol Honda Team welcome five-time world champion Jorge Lorenzo alongside Marc Marquez and celebrate a 25-year partnership between Repsol and HRC. During their 25 years racing at the highest level in…
General Enquiries: + 353 (0)1 4381900
We use cookies to ensure that we give you the best experience on our website. If you continue to use this site we will assume that you are happy with it.Ok